Highlights of the International CES

(iTers News) - Last week from January 7th to January 10th, the annual International CES was held in Las Vegas. According to the official website this year’s CES showcased more than 3,200 exhibitors, including manufacturers, developers and suppliers of consumer technology hardware, content, technology delivery systems and more; a conference program with more than 300 sessions; and at least 152,000 attendees were present from over 150 countries.

Although many awards have already been given out and others will continue to be awarded throughout today, we wanted to highlight some of the products we think are pretty neat. After all, we look forward to what the future holds when it comes to new tech products, as it could alter the way we develop software solutions here at Digital Trike. 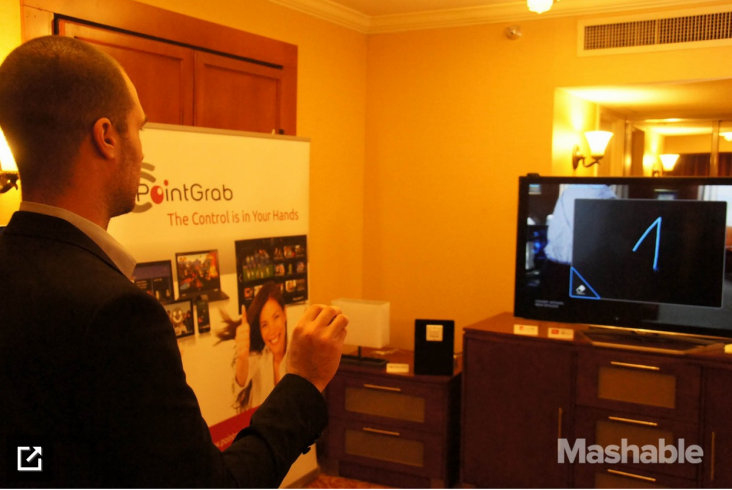 These gesture-driven interfaces allow users to mute their TV just by putting one finger to their lips and turn on off appliances by pointing at them. PointGrab’s AirTouch system lets you point at icons on interfaces as though you were pressing buttons. It also lets you grab and drag virtual controls.

PointGrab offers a free software development kit to encourage more companies to use its gesture technology. The company’s free app CamMe uses the iPad’s FaceTime camera to read your gestures and let you control the device’s cameras.

By its own measure, PointGrab’s technology is already installed in 20 million devices. The Israeli-based company partnered with Samsung for Smart TVs, Lenovo and CE manufacturer TCL.

What’s the next step for PointGrab? using those same gestures mentioned above to control household appliances. PointGrab announced a partnership with SunPlus Innovation (SunPlusIT) to add gesture control to air conditioners, window shades and lights.

“We expect that in the next few years, gesture-controlled home appliances will be part of many households around the world,” PointGrab CEO Haim Perski said.