(iTers News) - NAND Flash manufacturers have recently bumped up efforts to maximize profits by adjusting production capacity and have decreased supplies to channel distributors in order to fulfill demand from system OEM customers. This has led to increased contract prices for NAND Flash chips by roughly 2-5% in the second half of June. The prices are expected to continue increasing into the third quarter of this year and there is expected to be a slight supply imbalance as OEM and module customer demand simultaneously increase while NAND Flash shipments are expected to only slightly grow, according to Sean Yang, the Assistant Vice President at DRAMeXchange, a subsidiary of TrendForce. 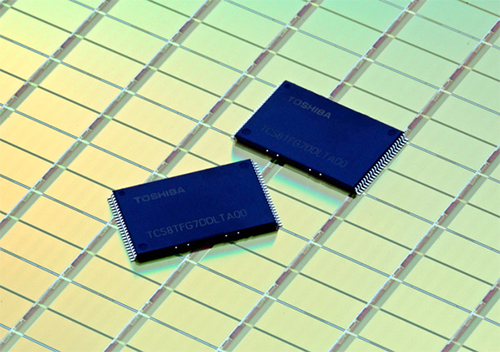 OEM system product prices meanwhile are being upheld due to the increased demand for eMMC and eMCP technology following the smartphone vendors’ increased preparation for the peak quarters. The upcoming arrival of Apple’s new iPhone in the late third quarter and China’s increased 4G development are both anticipated to lead to a potential 10% growth in smartphone shipments and enable the eMMC/eMCP shipment momentum to continue.

DRAMeXchange added that Enterprise-SSD supply may face shortages as demand for server and cloud computing equipment and high-capacity enterprise SSDs increase in the second half of the year. The factors, coupled with the soon to peak shipments for mobile devices, have led to NAND Flash providers allocating capacity to OEM system products, showing that the makers are contracting their supply to module customers. As a result of the shrinking shipments, the NAND Flash price growth in the channel market has become more apparent.

(By courtesy of Sean Yang, the Assistant Vice President at DRAMeXchange)

Years of Experience : 4 years in TrendForce Education: MBA in University of California, Riverside