(iTers News) -  ALCATEL ONETOUCH, one of the world's largest smartphone brands, will unveil a new PIXI smartphones in what the company said is the world’s first OS-agnostic smart phones. It can work Firefox, Windows or Android OS, allowing consumers to choose their favorite among the three. It also will take the wraps off a novel wearable  smartwatch.

Due out at CES 2015, the PIXI 3 series range from a pocket-friendly 3.5-inch display to a larger 5-inch display. 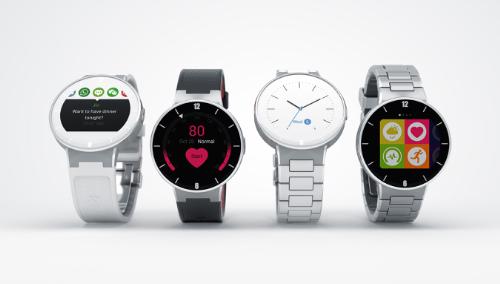 "Our users do not want complicated systems -- they want something familiar from their work environment in the office, but also on a smartphone," said ALCATEL ONETOUCH Chief Marketing Officer Dan Dery.

The company will strut affordable smart watch, too, which it is confident will undercut competitors’ on price.

Called as WATCH, it look and feels a traditional watch, but doubles as a daily activity tracker coming packed with sensors and apps that allow users to monitor daily activity, and connects to Android smartphones to control music, take photos, receive notifications and more.

ALCATEL ONETOUCH is a brand with TCL Communication of China