(iTers News)  – The Asia/Pacific (Excluding Japan) (APEJ) smartphone market has continued on a strong upward trajectory. According to the International Data Corporation (IDC) Asia/Pacific Quarterly Mobile Phone Tracker, vendors shipped 119 million units in 2013 Q2, up 10% quarter-on-quarter and up 75% from 2012 Q2. 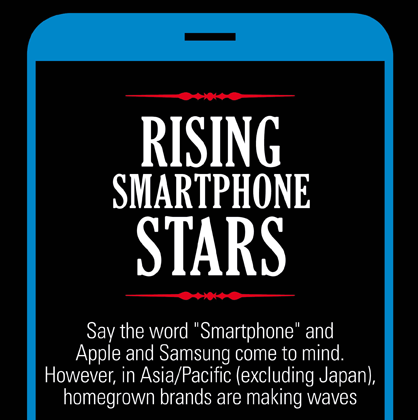 The strength of the smartphone market  stands in stark contrast to the 7% QoQ decline of feature phones to 106 million, resulting in smartphones outshipping feature phones for the first time in APEJ, with a 53% share. While Samsung continues to lead the smartphone pack, in another first, Apple fell out of the top five in the region on the momentum of Chinese players - Lenovo, Coolpad, Huawei and ZTE all outshipped Apple in the quarter.

Aside from the top-tier international brands or Chinese brands that also ship globally like Huawei and ZTE, there is also a rising segment of homegrown brands, which as a group have been steadily rising in shipments and prominence. This group of players comprised 38% of second quarter volumes, up from 20% in the same quarter of 2012, and 7% 2011 Q2.

An IDC Infographic shows what defines this segment of players, their importance to the overall smartphone competitive landscape, and some of the notable examples in key emerging Asia/Pacific markets.

"There is clearly a market maturity story at play here, where the trends could not be more different between mature markets and emerging markets," says Melissa Chau, Senior Research Manager with IDC AP's Client Devices team.

"Seasonally, second quarter usually shows an uptick in mature markets, but this round shipments dropped by 12% quarter on quarter, while emerging markets increased by 13%. 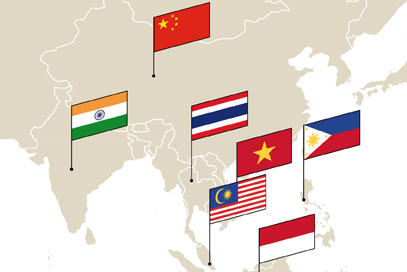 "In emerging markets like China and India, IDC has seen many local competitors spring up, but only in the last few quarters have we seen them aggressively scale up, competitive on both price and hardware specs like bigger screens. We are now hitting a place where there are smartphones for every price point, where the masses will benefit from the slew of players bringing in more options."

This is the first quarter that IDC saw both the <US$50 segment of smartphones gain some traction in China, and while the 4 inch+ screen size segment drove most shipments, the 5-6 inch segment saw its first gain in both China and India.